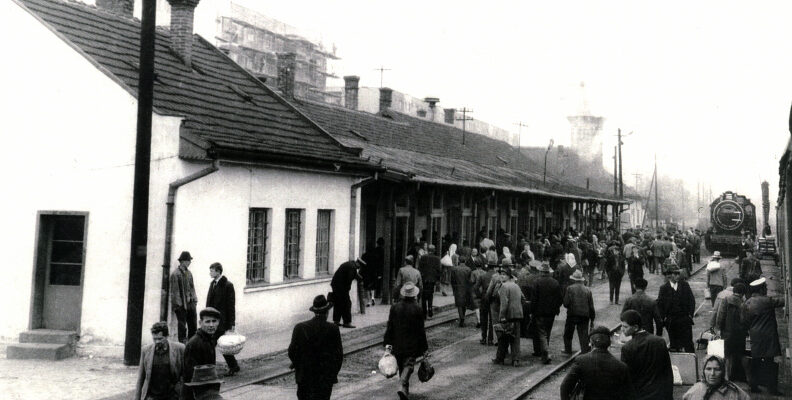 Today is Yom Hashoah Ve-Hagevurah, the Day of the Remembrance of Holocaust and Heroism.

This day was chosen by the Israeli parliament in 1951, but since then it has become a day of commemoration in many Jewish communities around the world.

In the picture is the Baia Mare railway station from the 1960s. But is the same place that more than 6000 Jews from Baia Mare and surroundings saw in 1944 on the road to certain death to Auschwitz.